How to make downsizing easy for your kids

A few weeks ago we closed on the sale of my parents Florida condo.   We successfully listed it in early March and it sold on the first day to market.  We had a cash deal and closed on March 31.  All this sounds like it was easy but to get to the point of being ready to sell culminated an almost two year process.   In this blog post I will detail each phase.

My brother and I inherited a 1600 square foot condo in the Tampa Florida area complete with over 100 years of collectibles from our parents and some that were passed down from each of their respective families.  As a "depression era baby"  Dad had very little as a child.  He became a hoarder and collected things of all sorts.  Many were highly valuable and some were only of value in his eyes.  He collected things ranging from pencils and steak markers from the Hilltop to a wide collection of historic memorabelia.  He thought his greatest gift to us would be to pass down a material collection which included books, albums, cds, State of Israel items,  Judaica, coins, stamps, ephemora, fossils, ancient tools, documents, autographs of politicians and celebrities, antiquities, political buttons, newspapers, paperweights, beer steins, Presidential dessert plates, postcards, and hold to light viewers, antique tools, small consumer electronic items, National Geographic and Playboy magazines,  Thomas Jefferson, Civil War, Slavery and other Americana,  and much much more.  Please see the photo at the bottom of this blog as it was his motto.

Initial Cleaning
Before we could even begin to go through the collection we needed to go through all the personal items.  When my Dad had passed away my Mom and I had donated much of his clothing and personal items to hospice to resell and I followed the same steps for my Mom's things after she passed away about 21 months later.  We donated clothing and unused medical items there and then blankets and old towels to a nearby pet shelter.  I disposed of all medications at an authorized disposal site.  Once this was cleared out the fun would begin.

Next the small stuff
The six room condo had bookshelves lining each room from floor to ceiling.  In addition when these became full there were stacks of books on the floors, under beds and piled in any open space possible.     Before one could even view the books, the shelves had to be cleaned because each shelf displayed chatkes or small collectibles in front of almost every book.  Each shelf had its own display of things.  It took a week just to sort through this and began my quest for storing them.  At Staples I found foldover display boxes and ended up filling about 30  In them were items of Judaica, postcards, models, small glass apothecary bottles, paper weights, and small antique cars for example decorating each shelf.  There were a lot of things to put it mildly.

I needed to sort and label items by like type.  Initially I set up a company to try to sell things online through both Amazon and Ebay seller accounts and at first thought this would be a fun venture.  I would try to sell some of the collectibles.   Then came the reality that the cost to ship things up North and the time involved would not be worthwhile except for easily transportable high value items.

The Books
On rough count I estimated about 6000 or more books.  Greg, my son came down one weekend and took over 100 for himself as he is the one grandchild to follow my Dads love of reading.  The cost of shipping was high and made me realize we had to just sell as many as we could in Florida.   The complexity came in the organization of the books.   Dad interspersed rare signed books with off-the-shelf current editions.  Often within a book one could find inserted a rare document or autograph.  Each book had to be manually examined and reviewed.  We ended up putting the very rare books aside in my parents bedroom and sorting through books that we thought we would sell.  We were able to donate a significant group of Holocaust related books to the St. Petersberg Florida Holocaust Museum where one of my Moms friends was a dossier.

After compiling over 250 bankers boxes filled to the brim with books one could not move around the place and it became impossible to go much further.  Through my network of Amazon sellers I found a local bookseller that was interested in buying my boxes of books.  He came with a huge truck and took the bulk of these boxes.  The condo seemed to have so much more room after this.

The Antiquities
Now we could see the glass display cabinets that were each lined top to bottom with hundreds of antiquities ranging from 1000-5000 years of biblical and world period history.  At first we thought we would be able to get a curator in to help us go through the items or they would be of interest to a museum but due to the UNESCO development to preserve World Heritage sites it became difficult to do this.  Items acquired between the 1980s through now require extensive documentation to show they weren't obtained through illegal black markets.  Much of Dads items were purchased during this time period but it would take a lifetime to physically match each document with each item something neither my brother or I had the time or interest in dealing with.  Of note,  it became hard for my brother to visit the project as often as I did due to his full-time job and having younger kids. I was able to go down to Florida about every 60 days.

We decided to have the antiquities professionally packaged and shipped to my house as Tampa Florida did not have the market for these items.  Fortunately we were able to work with a friend of my Dads at a later point to bring many to auction.

The Rest
Once the books and antiquities were gone one could start to see some light.  It took another month of sorting and categorizing things and then the realization that we needed to work with an estate sale company to sell the rest.  Through my work at my office and learning more about downsizing I researched and found a company called Organizing Life to help with this project.

The Estate Sale
After an initial assessment they were able to guide me with the steps we would need to do to run a sale.  The largest hurdle would be getting approval from the condo association which prohibits commercial sales onsite.  We fortunately were able to explain that we lived out of state and needed to have a sale to be able to clean the condo and sell it.  They were very nice and allowed us to do this while working within their parking guidelines.

Before they would be ready to sell they told me to put anything I didn't want sold in a locked room.  I had to go through each drawer, cabinet and closet and found many old items of personal value that I ended up shipping to Boston such as photo albums and birth certificates of great grandparents.  I still have about 10 boxes of stuff to sort through now in my house.

Hiring a professional company was extremely worthwhile and they were able to come in over the course of a week and organize, display, market and run a successful 2 day event.  At the end of the sale the condo was broom clean as they sold everything from the remaining collection to potholders in the kitchen.


Preparing the Condo
Now that the condo was empty it looked like a distressed property.  It needed a major paint job and new carpeting along with a few new amenities like light and electrical plates, a few light fixtures and window blinds.  I found a great local company Partners in Grime to help me with this process.  The did all the work and readied the place to sell in one week.

The Sale
Once the place had a face lift it was ready to go and we listed and sold it within one week.  Using my company Coldwell Banker was a huge plus as they have a strong worldwide marketing strategy.  We sold with no contingencies for cash and closed within 3 weeks.

The Lessons Learned
Less is more.
Collections are for the collector, not the next generation.
Its never too early to purge.

All our life our Dads greatest pride was his collection and it was the legacy he wanted to leave all of us.  He meant well and wanted us to have an inheritance that he thought he didn't have when his Dad passed away at age 16.   It is better to give away things when you can and not to expect the next generation to have the same interests.  A collection is for the collector and is hard to pass down. With each generation things become diluted.  The collection would first be split two ways to my brother and me and then six ways to the next generation.  None of us had the means or interest to keep it in "whole".  This required a permanent space.  It was better for us to let things find new homes where they would be better appreciated.  His legacy was more than his material things.

Both of our parents were very passionate and Dad shared his love of history and culture, while our Mom shared a strong ethical and Jewish faith in the home we grew up in .  They both were seen as educators and volunteers to make the world a better place.  I think my brother and I have learned a lot from both of our parents and the values they shared and we have in turn shared these with our children.   This is much more valuable than the material things they wanted to pass on to us.  Times have changed and people are living more minimalistic lifestyles these days.  No one wants a big home filled with stuff.   Children often move out of state and the average person stays in a home for seven years or less these days.  With each move is time to get rid of things vs acquiring more.  While we may cherish some of the material things passed on, I think their values are what will sustain us the longest.

Summary
The condo is sold and most of our parents things have new homes.  Their memories will last forever.

Wendy recently joined Coldwell Banker Needham.  She has been a realtor for over 8 years and knowing the area quite well can share a hands on local perspective.  She has also recently earned the SRES  designation and looks forward to helping other baby boomers as they approach their next transitions.  Feel free to contact her directly or click here http://www.wendybcb.com if you would like to learn more. 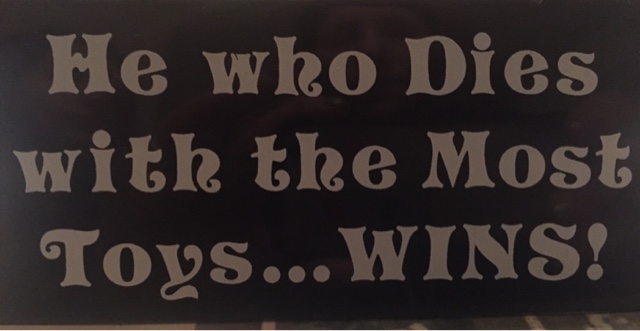 Get Organized! And 6 More Ways to Make the Most of This Weekend

theLokal1
I love to meet, greet and help people. Networking and finding new connections intrigue me and I am always thinking about how I can connect people and ideas.